As part of the Fire on Ice challenge* this Frozen Pumpkin Chocolate Chili Terrine is the hottest frozen treat you'll ever taste. Although chilies are used in traditional dishes in Asian, Africa and South America I instantly think of Mexico when someone mentions chilies. Classic Mexican cuisine is both deeply spiced and richly nuanced in flavor. Case in point: mole sauce. That luscious dark sauce, slow cooked from recipes handed down over generations is the stuff of which my foodie dreams are made. 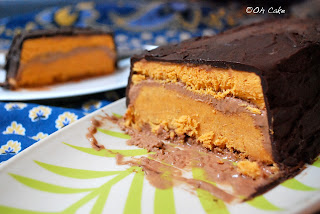 A terrine is classically a French country forcemeat or the container in which the forcemeat is made. For this recipe I used a basic loaf pan but you can layer the dessert into any long, narrow mold or baking pan. Line the pan with plastic wrap to ensure you can easily lift out the molded terrine once it is frozen. I had a lot of fun by myself in the kitchen playing these New World flavors (chocolate, pumpkin, chili) off of an Old World method.

I used the mulato chili and the tepin chili. The mulato chilies are the dried form of the poblano pepper and are used in traditional mole sauces. It is a mild chili that pairs well with chocolate. The tepin chilies are small, berry-like chilies that are viciously hot at first taste but the heat fades into the background after a short time leaving you wanting another bite. 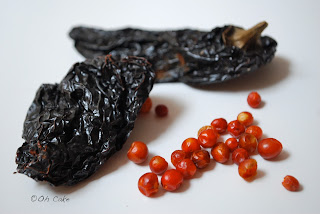 After researching a few methods I used Amanda & Kevin's method for the base of this frozen dessert. You can also adapt this recipe to be either a true ice cream or a true soufflé but without using eggs it's neither which is why I am calling it simply a "frozen terrine."

You will need 3 medium-large mixing bowls as well as the terrine (or loaf pan). Chill two mixing bowls and the loaf pan in the freezer while you assemble the ingredients and grind the chilies. Tip: even though you're going to clean the grinder in between, grind the mulato chilies first as they are less hot.

Over a double boiler melt the dark chocolate chips. Combine with half of the condensed milk and whisk to combine. Add a teaspoon of vanilla, 3/4 teaspoon of mulato chili, and 1/2 teaspoon cinnamon. Set aside to cool slightly, stirring occasionally to keep the mixture smooth.

In one of the chilled bowls combine the pureed pumpkin, the other half of the condensed milk, 1 teaspoon of vanilla, 1/2 a teaspoon of cinnamon, 1/4 teaspoon ginger, and a 1/4 teaspoon tepin chili. Whisk to combine. 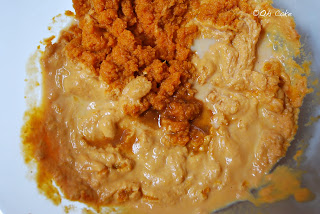 In the second chilled bowl whip the cream to stiff peaks. Fold half of the whipped cream into the pumpkin mixture and half into the chocolate mixture. Since the warm chocolate will start to melt the cream almost immediately fold it in quickly and pop it in the freezer. 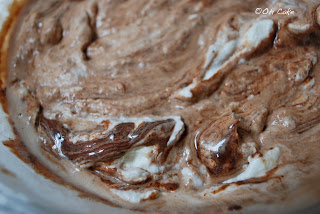 Layer the two mixtures into the lined loaf pan. You will need to freeze in between pouring the layers so that they don't combine. Store the bowls in the fridge when not in use. When the loaf pan is filled freeze it for 8 hours or overnight. 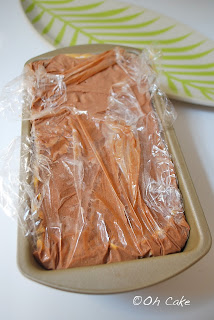 Before unmolding make the ganache by combining the chocolate and heavy cream and microwaving for 30 seconds. Whisk and microwave for 10-15 seconds at a time until chocolate is melted and mixture is smooth. Let cool slightly but whisk occasionally to keep it smooth. Unmold the terrine upside down on your serving platter and spread the ganache over the whole. Freeze until ready to serve. 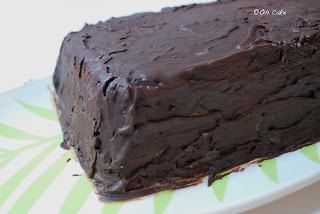 *I was provided with a sample of dried chilies by Marx Foods for this challenge. All text, photos, and opinions are my own. If you liked this post I hope you'll vote for me in the Fire on Ice Challenge here.
Posted by Jessica | Oh Cake