When you live in a two room apartment encased in brick there aren't many reasons to have your oven compete with the AC in summer. This blueberry lemon teacake, however, is definitely one of the better reasons to initiate an appliance show-down. The lemon flavor is light, fresh, and bright. The blueberries retain their juiciness; bursting with each push of the fork and staining the dense crumb with purple flecks. It's a perfect cake to serve with a dollop of sweet whipped cream at the end of a summer meal on the patio. 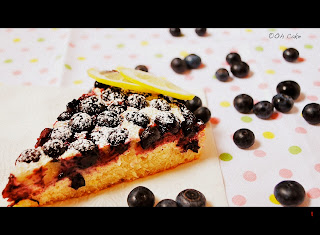 Duck and apricot risotto with mint sounds like one of those, "wait, you put what with what?" kind of meals but in this case, it's just so crazy it works! 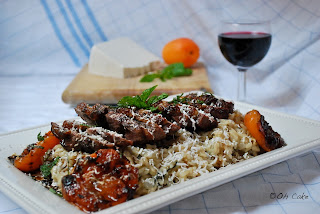 For the third and final round of the Marx Foods Integrale Risotto Gauntlet* I wanted to pull out all the stops and create a feast of a dish that encompassed the richness of the Integrale along with the fresh flavors of summer. Although duck is often considered a winter food it pairs beautifully with the apricot and mint for a seasonally appropriate offering. The richness is cut with a sweet and tart balsamic glaze and the seasoning is highlighted by a garnish of ricotta salata - a dry, salty form of ricotta cheese.

Summer is upon us and we all know what that means - more zucchini that you can shake a stick at! In the CSA baskets, at the farmer's markets, at the grocery store - zucchini is everywhere. So much so that my friend Becky sent me a text last night saying, "Post some zucchini recipes on your blog, please! They're coming up in my garden and I need some new ideas!" 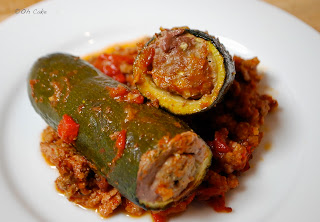 A few years ago before she moved away to Ohio Becky and I had made a friendly wager about when her boyfriend would propose - which I lost (but they are happily married!) - and therefore had to cook dinner for her and another friend. She chose my zucchini-cabbage-bean fritter as one of the dishes I made. I should have remembered she loved zucchini! So, I did what any self-respecting blogger would do when faced with a request from a friend. I rallied the troops! Here are some favorite zucchini recipes* from Food Bloggers Network members (in no particular order):

What's black and blue and red all over? 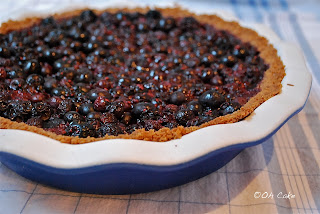 If you're looking for a thoroughly tested, tried and true recipe, well - this isn't it! Nope, this is a pie thrown together from ingredients on hand that I knew would taste good together.  Sometimes... baking isn't a science (but only sometimes).

I absolutely love fresh spring rolls; you know the ones wrapped in sticky rice paper concealing a treasure trove of sweet fresh vegetables that you dip in a spicy sweet chili sauce? The kind you try to savor and instead end up gobbling and wishing you had a second order? The kind that you never make at home and only order when you're out at restaurants?

Wait? What was that last one?

I meant to say, the kind you can easily recreate at home with a few key ingredients? 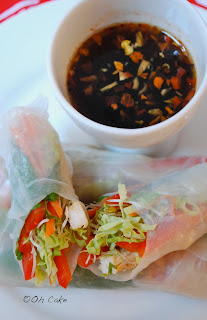 A many layered Cake or Where I've Been Hiding Lately

Hello friends! Hi Mom! How is everyone? Did you miss me? I missed you guys. Things have been... busy... to say the least. Let me 'splain. No, there is too much. Let me sum up. Buttercup is marry Humperdink in little less than...

This Cake has been busy! Busy cooking for friends, busy networking, busy cooking for work, busy making plans for the future, more cooking, meeting more new people, and then... then the Ankle of Fail returned and everything ground to a halt. In the middle of the street. Ouf. 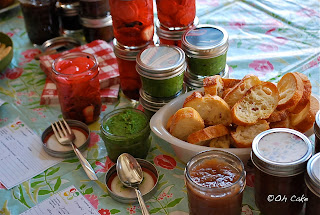 This lavender mandarin rice pudding hits all the high notes for a dessert: creamy, sweet, and yes, even a touch of crunchy. I am thrilled to have passed the first round of the Marx Foods Risotto Gauntlet* and made it into the second round: dessert! 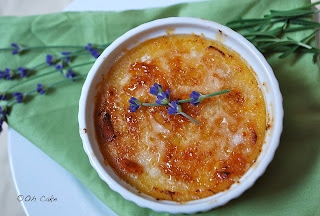 Rice pudding is a quintessential comfort food reminiscent of home and childhood. An important part of my childhood is my Mom's garden, including her stunningly fragrant lavender plants. The combination of mandarin and lavender results in an ethereal fragrance that is complimented by the creamy, custard topped rice and rich almonds. 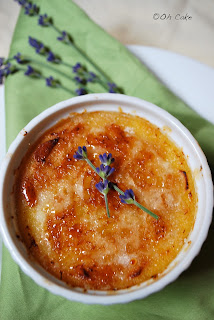 The Butcher, Baker, Blogger series is becoming a monthly habit with me. This month, the 3rd month anniversary of the Food Bloggers Network, I'd like to talk a bit about networking. Now, I don't claim to be some sort of networking guru, but I've noticed over the years that many people either don't recognize the value of networking or don't really understand how to do the work inherent in networking.

What does networking mean to you? I believe the best definition of networking is the following: "a process where you develop long term relationships with others for mutual benefit."

Banana bread is one of those foods, like mac & cheese or pizza, that just about everyone enjoys. It's easy to make, easy to freeze, easy to wrap up and give as a gift. In fact, several weeks ago my very dear friend Liz brought over a heavenly banana bread studded with chocolate and peanut butter chips, prompting me to post to Facebook, "a true friend knows your ups and downs and loves you no matter what. A best friend does all that AND brings you banana bread. " 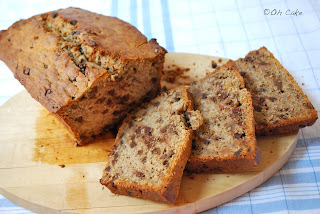 I only like fairly firm bananas for eating raw. Once they start to hit the over-ripe stage I pop 'em in the freezer. The result is a pretty icky looking banana; but it's perfect for banana bread. And remember what Grammie always said, "waste not; want not." In fact, I can't write about banana bread without talking about my grandmother.